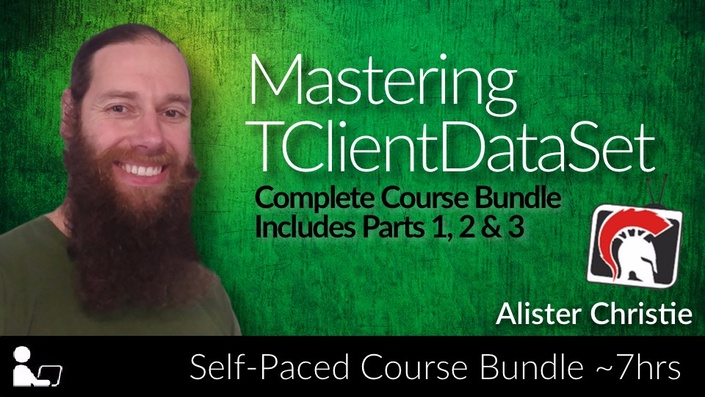 In this course we begin our journey to produce data-aware applications. Before we can do this we need to understand how datasets work. The most common dataset is TClientDataSet which is used extensively in many types of data-aware applications, making knowledge of it essential in building modern Delphi applications. In part 1 we take a close look at many of its properties and methods and using its abilities to load and save data to either a xml file or binary packet. Examples are done using the VCL and you should be able to follow along even with very old versions of Delphi.

We now continue our journey learning about TClientDataSet, picking up from where we left off in part 1. In this part we finish covering the properties, events and methods of TClientDataSet that relate to local datasets (that is to say, not connecting to a database or multi-tier development). After finishing both Part 1 and 2 you should have a very good understanding of how TClientDataSet and it's ancestor TDataSet work.

This course is a continuation of Part 1 and 2 where we (very almost) conclude our coverage of TClientDataSet. We also cover the TDataSetProvider which allows us to (finally) connect to a real database, for which we use Interbase via Database Express (DBX4) - which is also covered briefly.

These courses are also included in the following bundle: 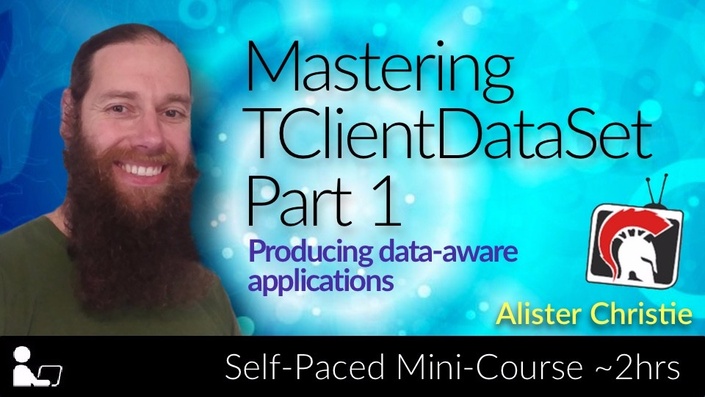 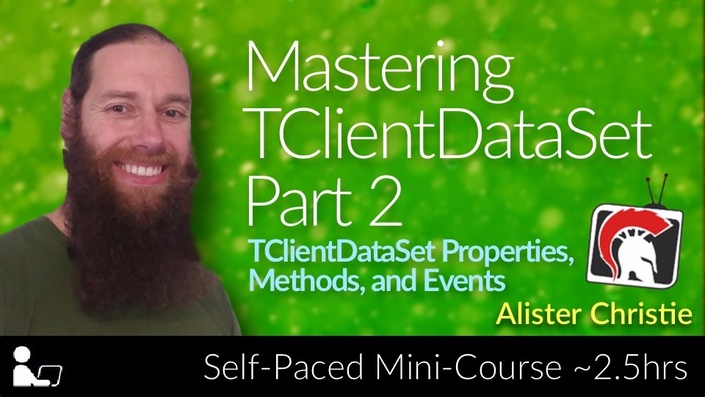 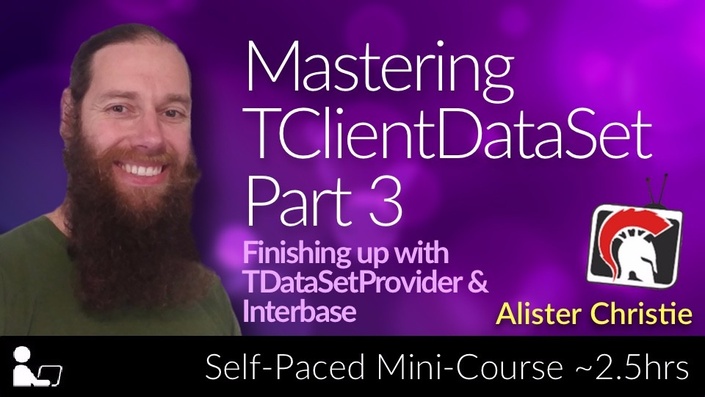