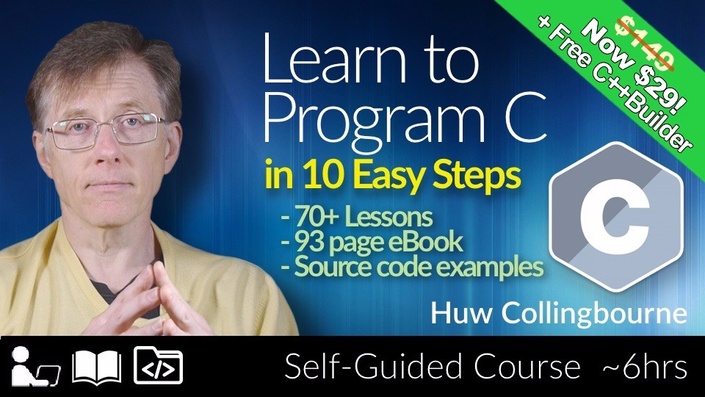 The fastest, easiest way to learn to program C on a Mac or Windows. This course will teach you to program the C language from the ground up. You will learn everything from the very fundamentals of programming right through to the complexities of pointers, addresses and File IO. Maybe you’ve tried to master C before but failed. Or maybe you are new to C or new to programming. If so, this is the course for you!

C is one of the most important of all programming languages. It is used to program desktop applications, compilers, tools and utilities and even hardware devices. The C language is fast and efficient – but it can be hard to learn. Unless you this course. This course begins with a gentle introduction to C but quickly moves on to explain some of its most confusing features: everything from C’s ‘scoping’ rules to the curious connection between arrays and memory addresses. By the end of the course you will have a deep understanding both of the C language itself and also of the underlying ‘architecture’ of your computer.

This course uses multiple IDEs but works with C++Builder including C++Builder Starter Edition.

What Will I Learn?

Who should take this course?

Who is the target audience? 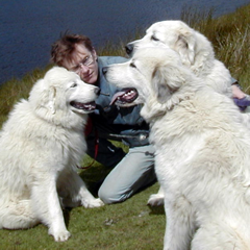 When does the class start and finish?
The class starts now and never ends! It is a completely self-paced online class - you decide when you start and when you finish.
How long do I have access to the class?
How does lifetime access sound? After purchase, you have unlimited access to this course for as long as you like - across any and all devices you own.
What if I am unhappy with the class?
We would never want you to be unhappy! If you are unsatisfied with your purchase, contact us in the first 30 days and we will give you a full refund.
off original price!